I pulled this from my list of book trailers over the weekend. When I went to purchase it on Amazon I was surprised twice. I learned it was a short story, approximately 50 pages. I was also pleasantly surprised to find it for free. 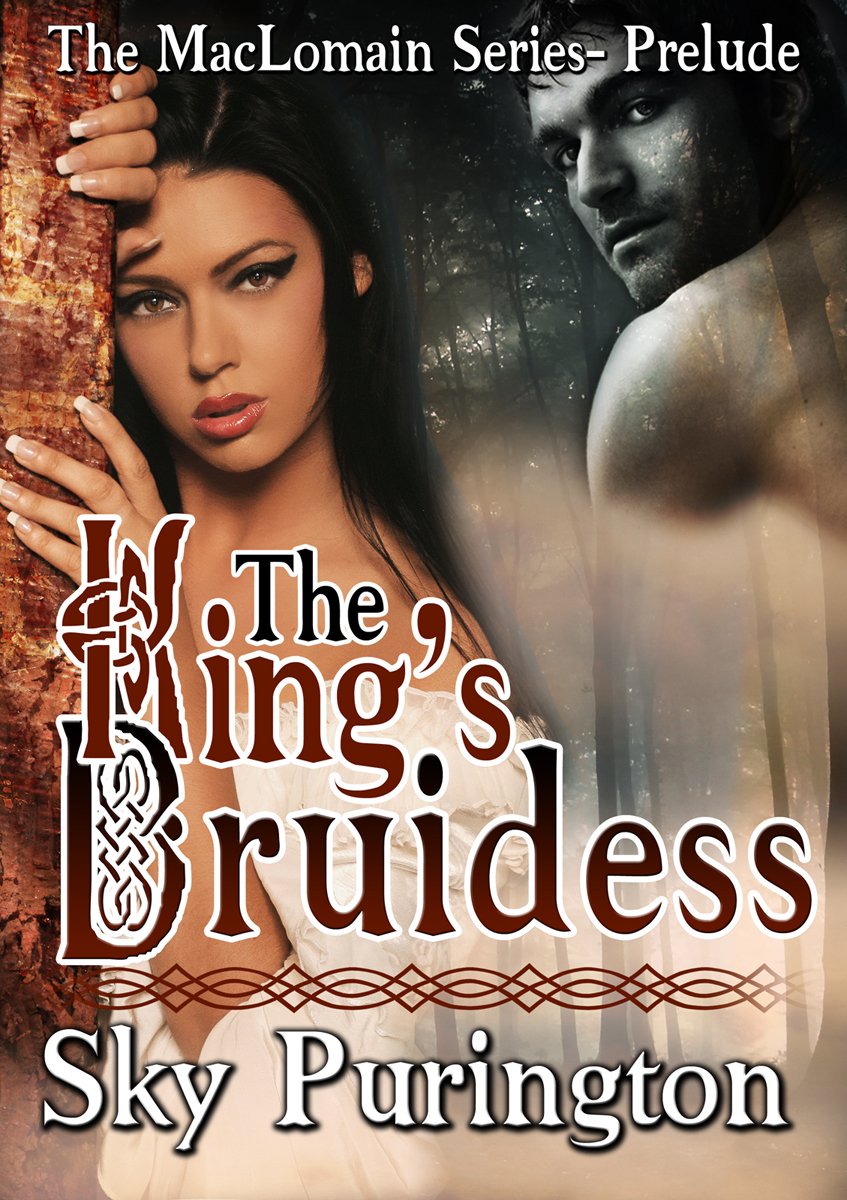 Chiomara Ruadh, Druidess of Ulster, will not be swayed from prophecy. If the Gods of Ireland request that she couple with the king, so be it. If it is also their wish that he marry another woman, who is Chiomara, a simple Druid, to stand in their way?

Erc Breac, king of the Dalriada, can only think of Chiomara. Her beauty is surreal and the tales that follow her across the land unsurpassed. But that is not enough when faced with the obligations of a king. His people must come first. His future wife and queen, Macha, must come first. Yet, fate is a slippery thing. Will Erc risk the whole of his kingdom for what lays in his heart?

This short tale was a prelude to Sky Pruington’s MacLomain Series. This fast paced short story performed its purpose well. It set the stage for future time travel books.

There was the king who was also a magi, the druidess who was in love with him, and several gods along with the goddess Brigit. I found the concept of the three rings and what they meant for future generations intriguing. I try hard not to release any spoilers beyond what is in an author’s description so I won’t reveal any more about the story.

Though, I liked this story and the premise it sets for a future series, I felt it was a bit rushed in spots. It felt to me as if a few extra paragraphs, in certain key areas, would have given the story enough depth to round it out nicely.

The story line piqued my interest enough to buy the boxed set. I will be reviewing Book One, Fate’s Monolith next week. It has an interesting book trailer, and this short story whet my appetite for more of the series. I give it 3.5 hearts.