“Red” is the latest installment involving Ms. D’Arc’s Tales of the Were world. Book two of her new Redstone Clan series follows the story of Steve Redstone, known by his military friends as Red. He is the second oldest of the Redstone brothers and Chief Security Officer for the family company.

Below is the blurb borrowed directly from her website http://biancadarc.com:

A water nymph and a werecougar meet in a bar fight… No joke. 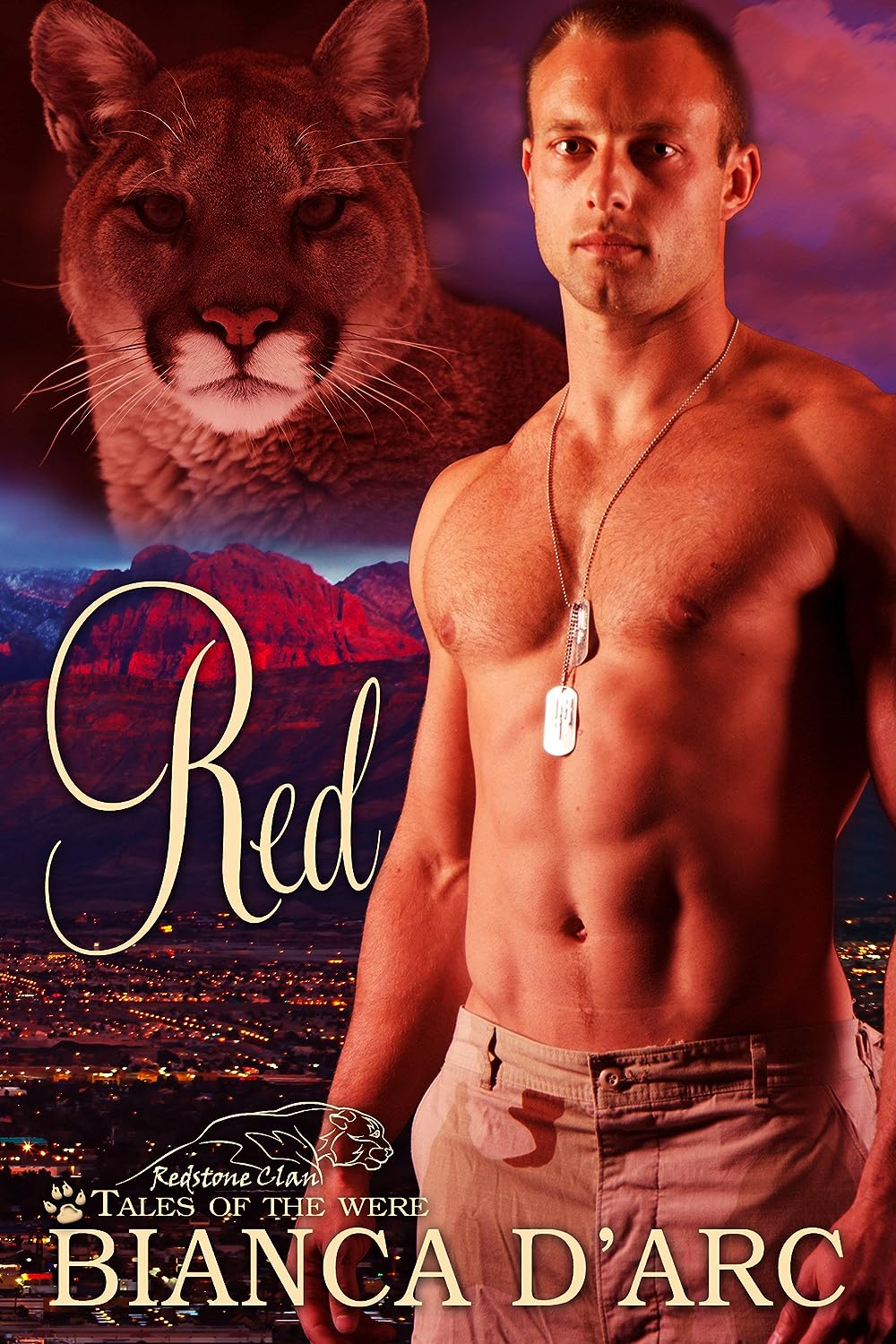 Steve Redstone agrees to keep an eye on his friend’s little sister while she’s partying in Las Vegas. He’s happy to do the favor for an old Army buddy. What he doesn’t expect is the wild woman who heats his blood and attracts too much attention from Others in the area.

Steve ends up defending her honor, breaking his cover and seducing the woman all within hours of meeting her, but he’s helpless to resist her. She is his mate and that startling fact is going to open up a whole can of worms with her, her brother and the rest of the Redstone Clan.

Trisha’s had to hide her special abilities most of her life, but with her brother’s Army buddy – the guy they call Red – she’s finally free to be herself. He calls to her in a way she’s never experienced before and while bad guys keep trying to abduct her, he’s her safe port in the storm. But can such dangerous beginnings lead to a life-long love?

This book has it all. Action: bar fights, car wrecks and a leap from a helicopter. Romance: Shifter sees girl from across the room and is entranced. As he spends more time around her learning her true depths he falls deeper in love. Sexy shifters with a sense of humor and the growling dominant alpha types that make a girl want to get on her knees and beg for attention. A perfect combination.

Like most of D’Arc’s erotic romances this book maintains the right blend of sizzle, action and humor to keep the reader wanting more. I loved the way this book focused on his desire for permanence rather than the driving need to have sex over and over again that most paranormal’s focus on. Not that there isn’t hot sex scenes. They are just tempered by the need for a connection that’s stronger than the one moment in time. This book was a definite 5 star winner. It was one of those books that once I picked it up I didn’t want to put it back down until I was finished.

My favorite and least favorite characters:

My favorite and least favorite characters actually only held minor roles in this book, but both left a lasting impression. My favorite character was Trisha’s older brother Deke. I liked his protective instincts, his curiosity and acceptance of the magical world and his sense of humor. Crossing my fingers in the hope that Ms. D’Arc decides to star him in one of her later books.

My least favorite character had to be Lynda. The small glimpses of her personality D’Arc gave us left me with a strong feeling of spoiled and selfish. Seriously hoping she doesn’t show up as Deke’s love interest. She so doesn’t deserve him.